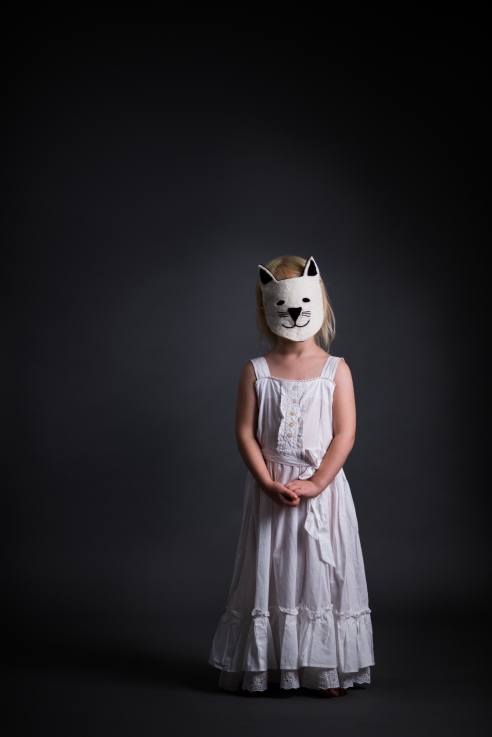 I found this trend of the unnamed character intriguing, and challenging, since I love naming characters, and thought I’d give it a try. As an exercise, I wrote a short scene where an unnamed narrator looks back at a pivotal moment. Let me know what you think in the comments:

The urge came again yesterday. An old thing now, a rote response to stress or sadness, or any other strong emotion, but still the impulse arrived. It seemed to surge up from the depths of my mind, like when you’re standing in the ocean and suddenly a riptide grabs you. Your feet are yanked out from under you. You know what’s happening. You know what to do to free yourself, but you don’t. Silly really. Such an old compulsion shouldn’t have so much power.

Yesterday, I saw her. At least, I think I did. A girl – no, not a girl, not a girl for a long time – with bushy brown hair and cherub cheeks that were anything but angelic. I couldn’t see her eyes. I strained forward in my seat, leaned to the side too far and slipped from my chair outside the little café. My knees hit the pavement hard, a jolt ripped through my legs.

The waiter came up to me. Tall and skinny, leaning over me like a wilting green bean, and asked if I were okay. I only looked away from her for a moment. One moment. But when I looked back across the street to the little used bookstand, she was gone.

My hands shook as I pushed myself off the ground. I stood, my legs unstable; the pavement felt like it was listing. The sunlight fell away, but there were no clouds in the sky. Still, the sun vanished and the sky darkened. Thunder rumbled. Something wet plopped onto my forehead. It ran down my nose, trembled at the slightly upturned tip, and then dropped to my lips.

She stood amongst the roses. Rain poured from the sky. The world was gray, except for the roses. Thousands of roses. Such vibrant red against the slanted rain. My hair clung about my temples and ears. My jacket stuck to my body, a second layer of skin. My shoes squelched in the muddy grass.

I couldn’t see her eyes. She bent over the roses, her hand thrust in among their thorns. She yanked on a stem, snapping it and ripping it free. Red trickled between her fingers. It coursed down her palms and wrists, mingling with the rain as it reached her arms. She held the rose up, her back arching, her head tilting toward the sky. Then, she dropped the rose and stomped on it. Mud sloshed up, speckling the hem of her white dress. The mud spread along the fabric, mixing with the rain until the bottom half of her dress looked like it had been tie-dyed. Too many colors used, so that everything appeared brown instead of blue or red or yellow.

I called out to her. Screamed her name against the thunder. She grabbed another rose. Repeated her previous actions. The extra flesh on her pale arms wobbled as she moved. She never looked my way. Over and over again she plucked at the roses, stomped them into the mud. Her dress turned brown. Her pale flesh darkened. Still, she repeated her ritual.

Mud sucked at my shoes, and when I glanced down I saw hands reaching out from the ground, hands made of grass and dirt and mud, rooting me to where I stood. But, of course, they couldn’t really have been hands. Perhaps roots, or perhaps she had stomped on so many roses that entire patches of them were buried in the muck, and only now that the rain came were they able to free themselves from the sludge.

It didn’t matter. I saw that she’d moved on to the next patch of roses. A line of torn red petals littered the ground behind her, a trail of fragrant breadcrumbs. If I were to go back to that grove of roses now, grass would choke the breadcrumbs, but I’d see them, shining as clearly as when they were drenched in rain. Mud only buried things for so long.