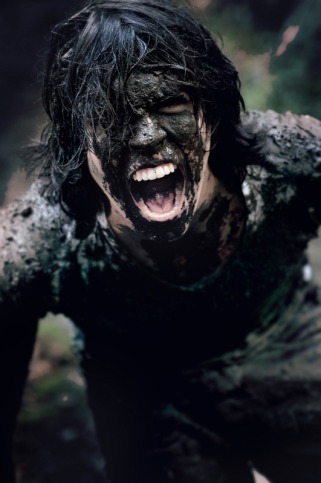 Getting to know someone isn’t as easy as when we were little kids. That first meeting to best friends, or just friends, doesn’t happen within five minutes. Even if two people become buddies, there’s a lot they don’t know about each other.

How do you go from racking your brain, attempting to think of a conversation starter that isn’t the bumbling “What’s new?” or “How’s the weather?” to igniting stimulating, sizzling conversations that create deeper, more meaningful connections?

Here are seven juicy questions that keep the conversation going for hours:

What’s great about these questions is that they can take serious, humorous, or a variety of turns, and you end up learning a lot about the person answering the question without sounding like you’re in a Q&A.

In terms of writing, use these questions to flesh out your characters. The more you know about a character—even if it’s that the craziest thing they’ve done is skip a day of piano practice—the more realistic that character becomes, and the more readers will be able to visualize and engage with the story.

There are so many other open-ended questions that would also serve as phenomenal conversation starters. What are some you can think of?

When we write, we all have characters that we love. We don’t want anything bad to happen to them. They’re our children, and like all good parents, we want to keep our kids safe. However, when characters are safe, they’re not interesting. More so, readers, and ourselves, don’t get to know who these characters are. We can’t discover what lies at their core. It’s only through the tough times that we get to truly know our characters.

Not long ago, I provided feedback on several chapters for a fantasy novel. These chapters were about midway through the novel, and after having read from chapter one to this point, I found myself not knowing who the protagonist was. Sure, she was a princess, the last of her family (the rest of them having died in peculiar accidents), and was on the run from evil fairies and a traitorous royal court. But her two loyal companions were always there to save her from any attack.

So, while the princess constantly thought about how she had to be brave and kind and show that she deserved the crown, I never got to see her in action. She was always standing around, waiting for her companions to fight off various sinister creatures. I got to a point where I asked the author, “What would happen if the princess was attacked, when there was no one around to save her?”

It turned out that the princess could take care of herself.

It’s easy for characters to think or say they’d act/react one way, but eventually something bad has to happen to them. Only when our characters are forced to act do we uncover their true personalities.

And, once characters face hardship—and the more that they confront—they grow. They can only become better people if what they care about is shredded to tiny pieces. Rip characters’ souls apart and they’ll be forced to build more resilient hopes, dreams, and spirits.

It’s not easy to knock down your characters, not only because you care about them, but because it’s emotionally taxing on you. Some of the hardest scenes I’ve written are when I’m ripping apart my protagonist. I become so emotionally invested in the story that I experience what my protagonist experiences, so by the end of stressful scenes, I am emotionally and physically spent.

But, I continue to write those scenes, because of all the books I’ve read, the best ones are usually those where the characters are torn down. Even if the book is fantasy or science fiction, I can relate to the core of the hardships they face, and that makes me care about the characters.

One part of successful books is building believable characters. When readers are reluctant to leave behind characters they’ve grown attached to, writers know they’ve done something right.

When characters seem like real people, readers are more willing to get invested in the story. If readers believe in the characters, they’ll believe the rest of the novel. Think of Sherlock Holmes, Scarlett O’Hara, Harry Potter, Katniss Everdeen, and Gandalf. Chances are even if you haven’t read the novels in which these characters appear, you’ve heard of them.

To create believable characters, you need to know them intimately. The clearer and more lifelike they are to you, the more realistic they’ll be to the reader. When you know your characters well enough, you’ll know how they think, feel, act and react. You’ll know who they are.

Creating a biography or a character chart helps to flesh out your characters. However, sometimes the sketch you’ve created doesn’t fit into the story you want. If that happens, see if that character really belongs in your story, or if there’s something that needs to be changed about that character. Don’t force characters into a story. Don’t stick a cube in a circular hole.

There are three basic aspects to creating believable characters:

After these three aspects are applied, flesh out the character’s past and future. Characters aren’t usually born at the beginning of a novel. They’ve had experiences and relationships before page one. All that’s happened to them influences who they are during the course of the novel. Let the back story show through in how the character interacts and responds to other characters and situations. Even for minor characters, create the impression that they have a life beyond the bit part they play in the novel.

Give your characters emotions and contradictions. Knowing the lives and personalities of characters is telling. Knowing how they feel about those details is even more telling. A character’s emotions and thoughts are what truly make him real. For example, Suzie is dieting because she wants to lose ten pounds, but there’s was this big, chocolate fudge sundae that spoke to her at lunch. She couldn’t ignore its siren call.

Another part of creating realistic characters is having them act believably. If they act out of character, it will undermine the story’s credibility. Make sure your character is consistent, his actions fit his motivation, the risks are balanced by the payoff, and his actions come from his emotions and intellect.

Finally, show your characters in action. In real life, people don’t get to know others by reading their bios. Sure, we learn some about their background, but we don’t really know a person until we see what he does. What readers see and hear for themselves is more powerful than what the author explains to them.

Readers are intelligent people. They don’t need every little thing explained to them. They’ll be able to pick up on characters from watching and listening.

What do you do to create believable characters?