I’ve always been interested in why people write. Words have the power to transport people away from the mundane. But that power takes work – a lot of work. Work that is hard, strenuous, and time-consuming. So, why do writers persist?

Ernest Hemingway said, “From things that had happened and from things as they exist and 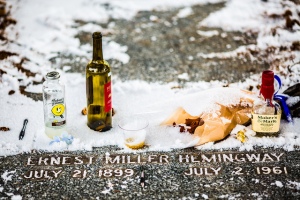 from all things that you know and all those you cannot know, you make something through your invention that is not a representation but a whole new thing truer than anything true and alive, and if you make it well enough, you give it immortality. That is why you write and for no other reason that you know of.”

Author of The House At The End Of The Road, Ralph Eubanks, stated, “There’s something both emotionally satisfying about it [writing], and something that is very physically satisfying when you finally see your work when it comes out in a finished book, or when you see the pages at the end of the day.”

William Faulkner stated, “The aim of every artist is to arrest motion, which is life, by artificial means and hold it fixed, so that a hundred years later, when a stranger looks at it, it moves again since it is life. Since man is mortal, the only immortality possible for him is to leave something behind him that is immortal since it will always move. This is the artist’s way of scribbling ‘Kilroy was here’ on the wall of the final and irrevocable oblivion through which he must someday pass.”

Cynthia MacGregor, author of Everybody Loves Bacon, said “It’s who I am. It’s what I love. I even write for fun on top of writing for a living. I couldn’t NOT write. I need to write like I need to breathe, to eat, it’s vital to me.”

Georges Simenon stated, “I think that if a man has the urge to be an artist, it is because he needs to find himself. Every writer has to find himself through his characters, through all his writing.”

Author of Band Fags!, Frank Anthony Polito, said, “I write because there is nothing else I can do – well. For many years I was an actor.”

Joan Didion stated, “In many ways writing is the act of saying I, of imposing oneself upon other people, of saying listen to me, see it my way, change your mind. It’s an aggressive, even hostile act. You can disguise its aggressiveness all you want…but there’s no getting around the fact that setting words on paper is a tactic of a secret bully, an invasion, an imposition of the writer’s sensibility on the reader’s most private space.”

Didion also said, “I write entirely to find out what I’m thinking, what I’m looking at, what I see and what it means. What I want and what I fear.”

Anne Rice stated, “Writers write about what obsesses them. You draw those cards. I lost my mother when I was 14. My daughter died at the age of 6. I lost my faith as a Catholic. When I’m writing, the darkness is always there. I go where the pain is.” 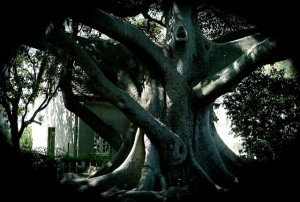 She also said, “I loved words. I love to sing them and speak them and even now, I must admit, I have fallen into the joy of writing them.”

Gloria Steinem stated, “Writing is the only thing that, when I do it, I don’t feel I should be doing something else.”

Neil Gaiman said, “The best thing about writing fiction is that moment where the story catches fire and comes to life on the page, and suddenly it all makes sense and you know what it’s about and why you’re doing it and what these people are saying and doing, and you get to feel like both the creator and the audience. Everything is suddenly both obvious and surprising…and it’s magic and wonder and strange.”

I write for so many reasons; it’s a mishmash of the quotes listed above. But in my own words, I write the stories in my head that won’t leave me alone. They’re ever-present, and will only quiet once they’re down on paper and satisfied with the way they’re written.

Why do you write?

3 thoughts on “Why You Write”