By the title of this post I’m not referring to romance novels. The concept of a romance novel is romance. What I’m talking about is fantasy, science fiction, and other genres.

However, it’s not unusual to find a romance subplot within fantasy and science fiction. Romance is marketable. But what happens when the romance overwhelms the intended plot?

Ever read a back cover blurb and gotten excited about a book? You purchase (or borrow) the book and as you’re reading discover that the book is nothing like the blurb? I have. It’s not a good realization. Most times the book is much heavier on the romance than the blurb indicated. (This is one of the reasons I tend to read reviews before spending money on a novel. Romance is great…in moderation. If I purchase a science fiction novel, I bought it for the science fiction, not the unexpected romance.)

I am a fan of the TV show The 100. The first season was a bit iffy, mostly because it felt like a young adult show and I found myself questioning some of the main characters decisions. But then the show got good, fast. So, I thought I should read the books, since books are most often better than the TV show or movie.

Once I read the reviews on this book series, I decided against reading it. Many people stated that the romance, a love triangle, took over the plot to the point where the book was no longer a “post-apocalyptic tale of survival,” but a teenaged romance. (The link leads to an expletive heavy review. Be warned. (Here’s a link to The 100 blurb and other reviews: The 100 book series.) Other issues with the series was noted, however most of the issues related back to the romance.

Now, some people loved this book series. That’s fantastic. Everyone has different tastes and I encourage everyone to take the time to decide if this book series is something they might be interested in reading. I happen to like my romances as subplots, unless I specifically choose a romance. Otherwise, when I’m expecting an epic space battle, but all I get is googly eyes, I feel cheated.

Some books that are romance light:

What do you think when romance overtakes all other plots in non-romance novels?

I enjoyed The 5th Wave more than I thought I would. I’d had this book on my to-read list for a while and finally decided to read it with the movie about to come out. (Recently, its seems that many books are being turned into movies.)

From the start, this novel engaged me. Cassie Sullivan, one of the narrators, is intelligent, likeable, and determined. She faces immeasurable odds in her attempt to rescue her brother from the Others, the aliens who are systematically destroying humanity through a series of waves (only one of the waves is literal waves). 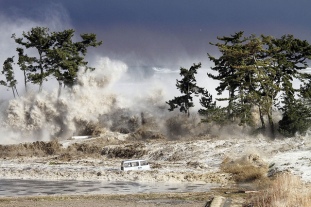 Ben Parish and Evan Walker are two of the other narrators for this story. Each create new insights and twists to the novel, which bring to fruition the level of distrust that’s required to survive this apocalypse. More importantly, Ben and Evan serve as ways to push past the distrust, to force Cassie to go against what she has learned to do to survive, and in so going against what she’s learned, Cassie becomes more capable of accomplishing her goal of saving her brother.

This book isn’t very original. While reading there are strong hints of other young adult book series, TV shows, and movies incorporated. However, the waves was a refreshing notion to an alien invasion and I was still drawn into the story, especially Ben Parish’s voice. I enjoyed Cassie’s character, until she started falling for the mysterious Evan Walker. Then, she seemed to lose herself and the romance between these two characters felt very insta-love. I didn’t believe their love (all those “abs a-clenching, pecs a-popping” got my eyes rolling…yes, what’s in quotes was taken from the novel), which made that section of the book a slow read. In fact, I found the romance between Evan and Cassie creepy. (If the next book introduces a long triangle between Evan, Ben, and Cassie, I hope Cassie chooses Ben because he’s a much better fit for her and he’s a more developed character than Evan.)

The story could have done without the romance. I don’t know about you, but I’m not a huge fan of chocolate smelling breath (which is how Cassie describes Evan’s breath), of guys stalking girls as a form of courting (but it seems to be really popular among young adult novels), of guys being possessive to the point where I think they’d actually tie their love interest to a chair to keep her from leaving (which is an aspect often seen in young adult novels), or of blatant stereotypes, such as when Cassie thinks, “Time for the angrily-storming-out-of-the-room part of the argument, while the guy folds his arms over his manly chest and pouts” (I know multiple guys who storm out of the room when they get mad and many girls who would rather argue than leave the room. I also know people who would take a breath and then calmly discuss the issue. My point is don’t stereotype).

I was left with a lot of questions in terms of logical reasoning behind the plot, such as training children – some as young as five years old – to be soldiers while killing off the adults. (I won’t go into further detail on this because I don’t want to give anything away.) I pushed aside these questions and continued to enjoy the novel for what it was: a young adult book written for teenagers, and I reminded myself that there are numerous books on the market that contain plot holes, but were nonetheless enjoyable (like Divergent).

A lot of hype surrounded this novel. I understand where some of the excitement stems from, but I guessed the big reveals early on (partly because of the vast number of hints provided in the text; sometimes I felt that the hints were so strong I was getting bashed over the head with them). From reading other reviews, many people didn’t get what was really going on. If I hadn’t figured out the truth, the psychological aspect of this book would have been much stronger.

Either readers loved or hated this novel. Very few people had a meh response. For me, I’m glad I read this book. Give it a try.

Now that the 2015 movie “Everest” is out, I thought I’d post the review of the book the movie is based on.

“Into Thin Air” is a truthful account of the 1996 Mt. Everest disaster, where many people lost their lives during one major storm that brewed overtop Everest. Told by Jon Krakauer, a journalist and mountaineer, he not only was on the expedition, and so experienced the majority of these events first hand, but he also spent countless hours interviewing those on his team and on other teams to bring this account to the page.

Into Thin Air shows how unforgiving nature can be, how easily human life can be extinguished, how human error can turn to tragedy, and how one misstep means death. It shows what the cost of accomplishing your dream means, what it takes to survive, and what it means to be a survivor, knowing teammates and friends lost their lives, and wondering if there was anything more you could have done to prevent that.

Exploring who and if anyone is to blame for this tragedy, Jon shows what a deadly place Mt. Everest is, especially after having entered the dead zone, where the air is so thin you can hardly eat or think without supplemental oxygen, where your brain cells are rapidly dying, and where wind and cold are relentless.

This story is more than about suffering and death. It’s about determination and will to survive. It’s about sacrifice, bravery, and endurance.

This story will show you the truth behind what it takes to reach the summit of Everest, 29,028 feet above sea level. It’s not a pretty picture. It’s not glorious and gleaming. There’s no brilliant epiphany, no spiritual awakening or deep insight into the meaning of life. In climbing Everest, you face death head on, but it’s not until Everest whips up a massive storm, where you can’t see your hand in front of your face or where if you stand up straight you get blown off into the night, that you realize the weight of facing death and the fragile nature of human life.

We start learning rules from a young age. Say please and thank you. Tell the truth. Be respectful. As we age, we continue learning rules. Use your blinker when shifting lanes. Pay your taxes. Don’t take advantage of someone who’s drunk.

Rules exist everywhere, including in fiction. When writing a novel, it’s okay to use that crazy font you find funny, as long as that font is changed before you submit your work to agents, editors, workshops, etc. The same principle applies with numbers.

This past fall I participated in a fiction workshop. It was a great experience, except I was shocked at how often I saw numerals in the text. Perhaps my scientific schooling has made numerals in fiction jump out at me, but generally numbers zero through one hundred are spelled out. Numbers over one hundred are in the numeral form.

I take this as a hard rule, as do most editors. By spelling out numbers, the visual appeal of the page increases.

“The hen produced 13 rotten eggs over the past year.”

“The hen produced thirteen rotten eggs over the past year.”

Chances are most of you chose the second option.

Because the writing flows smoother.

In fiction, an aspect of writing that tends to get pushed to the side is the flow of the words, sentences, and paragraphs on the page. (This is one of the reasons why it’s important to read your writing out loud during revision.) You could have a great set of characters and a wonderful plot, but if your writing keeps tossing readers out of the story, you have a problem.

Punctually and grammatically incorrect writing is like speed bumps. Readers are forced to slow down to understand the writing. If they don’t realize a road bump is coming, then they crash over the speed bump and are jolted from their seats.

No one wants that to happen.

Exceptions exist to these rules. When using a.m. or p.m., then numerals are employed. Numbers are spelled out in dialogue because dialogue equals the spoken word. Write brand names as they’re spelled. If your character visits a 7-Eleven, then 7-Eleven is written in the numeral form.

Not everyone finds editing rules important. However, editors, agents, and a good amount of readers do. If you don’t know how to write numbers properly in fiction, or for that matter format your work correctly, editors, agents, etc. are more likely to assume you don’t know what you’re doing and disregard your work. Agents, editors – heck, even some readers – are looking for reasons not to read your story. Don’t provide them a reason through something small and easy to fix. Write numbers correctly in fiction.

What do you think of editorial rules in fiction?